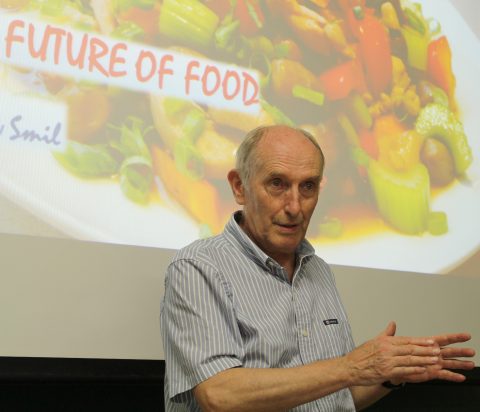 Professor Smil (http://www.vaclavsmil.com) is a Distinguished Professor Emeritus at the University of Manitoba, Canada and a Fellow of the Royal Society of Canada (Science Academy). In 2010, he was named by Foreign Policy as one of the top 100 global thinkers, and in 2013 he was appointed as a member of the Order of Canada. He is the author of well-accepted books with a very wide coverage of issues such as energy, environment, engineering and foods at various geographic and historical setting, e.g. Japan’s Dietary Transition and Its Impacts (co-authored with Kazuhiko Kobayashi, The MIT Press, 2012) and Power Density: A key to Understanding Energy Sources and Uses (The MIT Press, 2015).